The benefits of trying to do something too hard

Have y'all seen Secretariat - the movie about the race horse winning the triple crown? Remember the thesis statement, something to the effect: "We run our own race, Penny; they don't get to decide whether we won or lost." 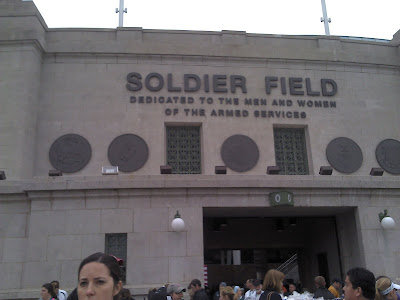 I thought about that line a lot last week, building up to our infamous ten mile run challenge. We started training in February. We fought through illness, injury, insecurity, bad weather... lots of bad weather. Memorial Day weekend was fast approaching and we knew we weren't ready.

I don't try new things very often. I don't like failing. I despise wasting my time (and I thought trying and failing counted as wasting). But running was something I'd always romanticized. I wanted to try. I wanted to know for sure whether or not I could do it.

And much to my surprise, I wasn't too old, or too slow, or too out of shape. The only thing I "wasn't" was willing to try.

Like I said in my post on Veronica Roth's book DIVERGENT, I learned something about mental toughness - something I'd heard a lot about while watching sports but not really experienced for myself.

Someone who is mentally tough doesn't meltdown when things are rough. When they face failure or rejection, they use it as fuel instead of an excuse to quit. When they are inches from victory, they keep their cool and don't celebrate too early. When they reach the endzone, they act like they've been there before (even if they haven't).

I thought mentally tough people were just born that way, that they had some intangible something beyond my understanding. What they really had was experience. Practice. They'd given themselves the opportunity to grow by challenging themselves. And I hadn't, really.

The secret to mental toughness - to reaching a point where failure isn't so scary and criticism doesn't cut so deep - is practicing doing things that make you uncomfortable. Repeatedly. I think it's really just that simple. Like Roth said in DIVERGENT, you gain perspective as you take risks and face your fears. 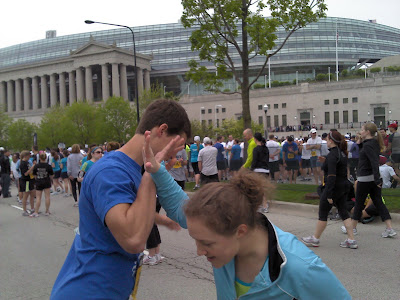 When I was training for the 10 mile run, I used a training program. I very, very rarely managed to successfully complete my training sessions. When I was supposed to run four miles, I only made three. When I was supposed to run six, I only made four. I failed repeatedly. I channeled my frustration into determination. I learned to control my adrenaline, to set myself up for success days in advance with hydration and food intake. Slowly, I started to change mentally. And I fell head over heels in love with running.

I didn't care how far I went, or how fast. I just wanted to go. When race day came, I was just happy to be there. The finish line had nothing to do with it. By the way, that picture (above) is of me and "The Intern" warming up before the race started (with Soldier Field in the background). 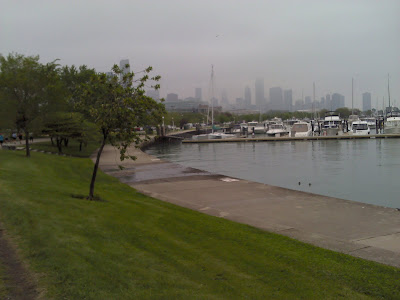 I did make it the full ten miles. It was much easier than I thought it would be. There was this one amazing moment when I KNEW I was going to make it - the nine mile mark (picture above), with the tall Chicago skyline on my left and Lake Michigan on my right. Soldier Field, the finish line, was a mile in front of me and I could SEE it. I got a huge adrenaline rush and had to remind myself not to be that guy who has the game winning shot right in front of him and blows the slam dunk. Mental toughness is handling both adversity AND prosperity. 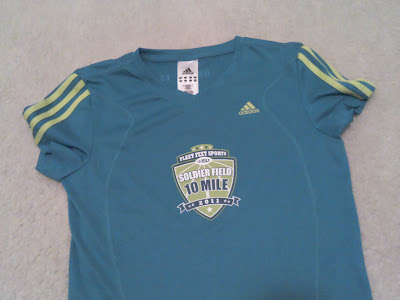 And yes, I got my t-shirt. It looks like a soccer jersey and it was totally worth it.