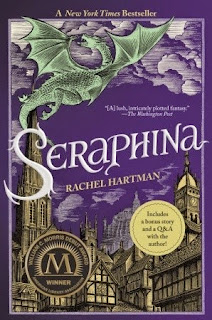 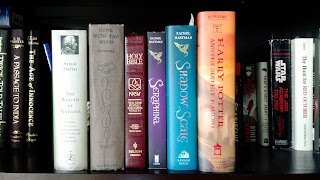 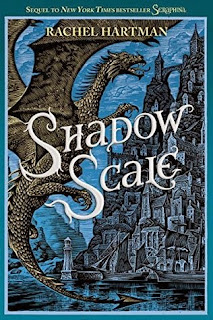 The sequel Shadow Scale just came out, so that's next on my "to read" list, and it's also late era Harry Potter sized, but now I look at it like a fancy multicourse meal, not an intimidating thing. One of my favorite podcasts, Grantland's Hollywood Prospectus, once used the terms "slow food" versus "fast food" to describe similar TV shows (for example, they described the TV show The Honorable Woman as the slow-food version of Homeland). Seraphina is a slow-food book, where you sit down at a table with real silverware and cloth napkins and they bring you appetizers, soup/salad, a main course, and dessert.
Posted by Unknown at 4:09 PM