March Reads: Doll Bones, Jackaby, The Girl on the Train, The Raven Boys 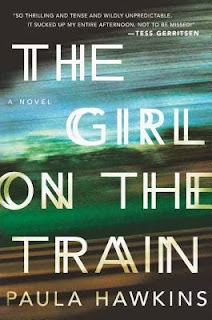 THE GIRL ON THE TRAIN by Paula Hawkins

I picked up this book because my friend Julie Hammerle called it a "thrillery thriller." It's a book about messed up grownups. Grownups struggling with grownup problems like alcoholism and divorce and unemployment. But beyond all of that, it's a "wife gone missing" thriller along a similar line as GONE GIRL, but with what many might consider a more satisfying ending.

The story is written from multiple first-person female perspectives: Rachel, recently divorced train rider; Anna, mistress turned wife with trust issues; and Megan, the one who goes missing. I can't remember reading a book written in three first person voices before, so right away it has an added level of difficulty. The structure is compelling, divided by narrators as well as "morning" and "evening" (as though mimicking both legs of a commute). Each day, when her train stops at the signal, Rachel looks longingly over a back fence into the lives of a seemingly perfect couple. The trouble starts when she sees the perfect wife, Megan, with another man... and then a few hours later sees a report on the news that Megan has gone missing. Rachel feels compelled to tell the authorities what she saw, but the more we learn about Rachel, the more we wonder whether or not she's actually a reliable witness. It's not my favorite sort of book, but it is the sort of thing I enjoy in small doses. 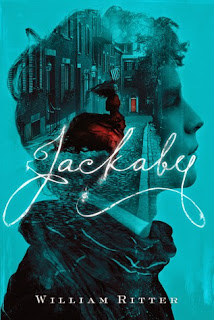 On the other hand, JACKABY is like if Sherlock and Doctor Who had a baby. This, in fact, is exactly my favorite sort of book. I could not have been more delighted. There's an eccentric detective that can see paranormal activity that no one else can see. There's a young female English assistant (and a second assistant, who happens to be a duck). And MONSTERS. The main difference is setting: 1890s America, instead of modern day England. The pacing and energy and tone are all perfect for someone like me, who adores the Cumberbatchy/Tennant-ness of BBC TV. It was a quick, easy, fun read that left me feeling generally happy. There's a second book coming out in September called BEASTLY BONES, which will get a priority spot on my to-read stack. 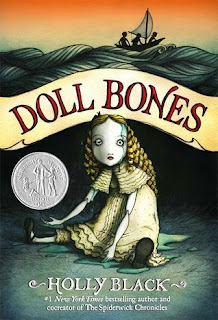 This was a different read for me, in that it features younger characters (age 12) and several cool illustrations, kind of like the earlier Harry Potter books, but with creepier (think Tim Burton) undertones. A trio of friends, two girls and a boy, play-act stories with dolls and action figures and end up going on a real-life quest (I'm not sure I can say more without getting spoilery, but they do at one point sail and sink a boat). This book touches on gender roles in play and toys, on relationships between fathers and sons, on how friendships shift as kids grow older - so many lovely bits of substance in the midst of an adventure story with just a touch of magic. 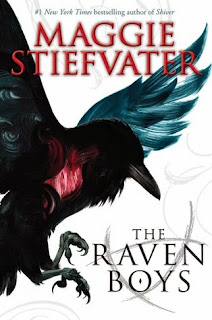 THE RAVEN BOYS by Maggie Stiefvater

This was one of those times Emery Lord dropped a book recommendation bomb and then watched me lose my mind (one of her favorite hobbies). This book has everything (said in Stefon voice), but what really made it for me was the exquisite character building (and there are a LOT of characters). It was like Maggie Stiefvater built these people with tiny Lego bricks, one phrase at a time, until they were each big and beautiful and real and I just wanted to BE with them. She wrote deep friendship dynamics, and I felt the give-and-take of their personal goals versus their loyalties to each other.

Enough vague praise - to be a little more specific, this is a story of (mostly) rich private school boys colliding with the everyday people of their adopted hometown (including some quirky psychics). There's Adam, the kid from the wrong side of the tracks trying to make something of himself despite discouragement at home. There's Ronan, the sharp around the edges trust fund kid who acts like he doesn't care about anyone yet takes care to feed his rescued bird every two hours. And quiet, reclusive Noah, who at first kind of brought to my mind the guy from the movie The Great Outdoors who'd been struck by lightning multiple times and as a result was just a little squeamish about everything. Richard Gansey III is the glue that holds everyone together (he kind of reminded me of Hale from the HEIST SOCIETY books, but with many, many more Alpha tendencies). He's heart of gold meets foot-in-mouth. To quote the book (when viewed from Adam's perspective): "...Adam could forgive that shallow, glossy version of Gansey he'd first met. Because of his money and his good family name, because of his handsome smile and his easy laugh, because he liked people and (despite his fears to the contrary) they liked him back, Gansey could've had any and all of the friends that he wanted. Instead he had chosen the three of them, three guys who should've, for three different reasons, been friendless."

When I read that snippet, I fell in love with this book. It has paranormal elements. It has magic. It flirts with romance, when a local girl (who thinks of Gansey as "President Cell Phone") starts hanging around the boys, helping them with their quest, which has something of a modern day Arthurian feel to it. There are three total books in this series, and I'm thrilled; I'm not ready to give these people up just yet.

And one more thing. A lot of books have plot twists. Some are better executed than others. Some get a little too cute. Some act like they're getting away with something. THIS book manages to execute a dramatic plot twist while actually stating that twist plainly. In blunt language. At the very beginning. This book never lies to you, never withholds any information, gives you everything you need to know right up front... and twists you just the same. Really, really impressive stuff.

Upcoming Want to Reads: I still need to read ANOMALY by Tonya Kuper, must make it a priority; THE CONSPIRACY OF US by Maggie Hall, TRUST ME I'M LYING by Mary Elizabeth Summer, THE SHADOW CABINET by Maureen Johnson, THE INFINITE by Lori M. Lee, and I finally picked up THE RED QUEEN by Victoria Aveyard.
Posted by Unknown at 3:00 PM